Save story as favorite

Obviously, their love of classical music and joint participation in Young represent an important bond between these young musicians, but what else do they know about one another? The first UWC NL online session was all about getting acquainted with each other. What happens when you get to know the people you rehearse and perform with? Does it matter if you understand who they are and what, beyond a shared love of music, is important to them?

Music brings people together, but we believe that feeling connected with the other musicians you perform with actually makes you a better musician. After all, when you feel safe, supported and part of a whole, you can relax more and focus all your attention on performance.

Nearly every single Young participant from many different countries and locations (ranging from bedrooms to universities and from the Romanian countryside to Lisbon’s inner city) came together via Zoom on Wednesday, 7 October to take part in their very first UWC session, overseen by Maike and Ineke.

Since it was quite a large group (of seventy-five participants), the same session was held twice in smaller groups. The participants met one another in breakout rooms in speed-networking rounds. For their first assignment, they were given just ten seconds to choose an object in the space they were in to tell something about themselves.

In other rounds, they shared which countries or places were important to them, as well as which piece of music they hoped to master one day.

Finally, they came together in small groups to discover as many commonalities as they could between them.

Two participants, for example, found they both loved football and got so absorbed in conversation that they forgot to look for other shared interests. Others discovered that they shared a love of Harry Potter or going to the beach.

All this led to a discussion about first impressions and whether these are always reliable.

To test this out, Robbrecht, one of the Young 2019 mentors, agreed to let the participants observe him while they were asked various questions about him. These included, How old do you think he is? Does he play a musical instrument? Where did he last go on holiday?

The participants submitted their answers, which varied greatly, via chat.

We discovered that it’s harder than you might think, that our first impressions are often wrong and that where we grow up, the films we watch and the experiences we have all influence how we see others. 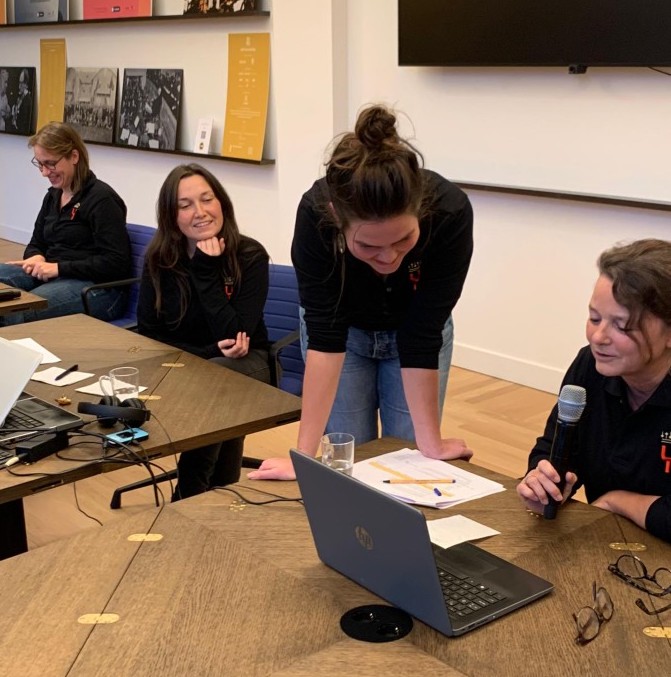 How do we stay open and inquisitive? The participants’ last assignment involved thinking about what makes you ‘you’ and what may not be visible to others. They again shared these things with one another in smaller groups. It was great to see them sharing so openly, being genuinely interested and listening to each other. Despite the fact that they come from different countries and backgrounds, the youngsters also discovered they had plenty in common.

And it’s precisely this which Young aims to do – to show to the world the power of diversity and togetherness, exploring and celebrating difference and similarity, all while creating beauty through classical music.

The second UWC Netherlands session is scheduled to take place in February 2021 and will focus on ambassadorship and the small steps the participants can already take as young ambassadors of Young and of classical music generally.

Are you considering making a contribution to Young? Barbara Ruding would be happy to discuss the various options with you.