MADE IN AMERICA – In January 2022, the Concertgebouw Orchestra is exploring the music of the United States. The American illustrator and designer Christopher DeLorenzo has created a striking illustration specially for the orchestra and Preludium as part of the publicity material for the Made in America project.

DeLorenzo, who lives and works in Boston, does both commissioned and non-commissioned work. His clients include Apple, airbnb, Twitter, Google, Original Penguin, The New York Times, The New Yorker and The Sunday Times. He says, ‘I really like to work with clients that make stuff, whether it’s clothes, guitars, drinks, food, films… I like to be involved and a part of that process where the other side understands the care and quality of image and craft.’

A graffiti-like style inventively combining simple symbols and elements with clear lines characterises DeLorenzo’s work. He says he aims to ‘find clever solutions to a problem or task in a simple and effectively minimal style. I try to make an image that can tickle some part of your mind by manipulating shapes and lines from the world around us.’

Music in the moment

Of his Made in America illustration, DeLorenzo says, ‘I took the visual theme of “Stars and Stripes” and reduced it down to its basic graphic elements, all the while trying to tell the varied and dynamic history of American music. Music, especially in America, is an art form that is layered and influenced by everything around it – the cultural moment, politics, social structures, fashion, work, other music – it’s never isolated. It’s always responding to the moment around it. So that is why and how I created this overwhelming image. I wanted everything to be responding and in communication with everything else.’ 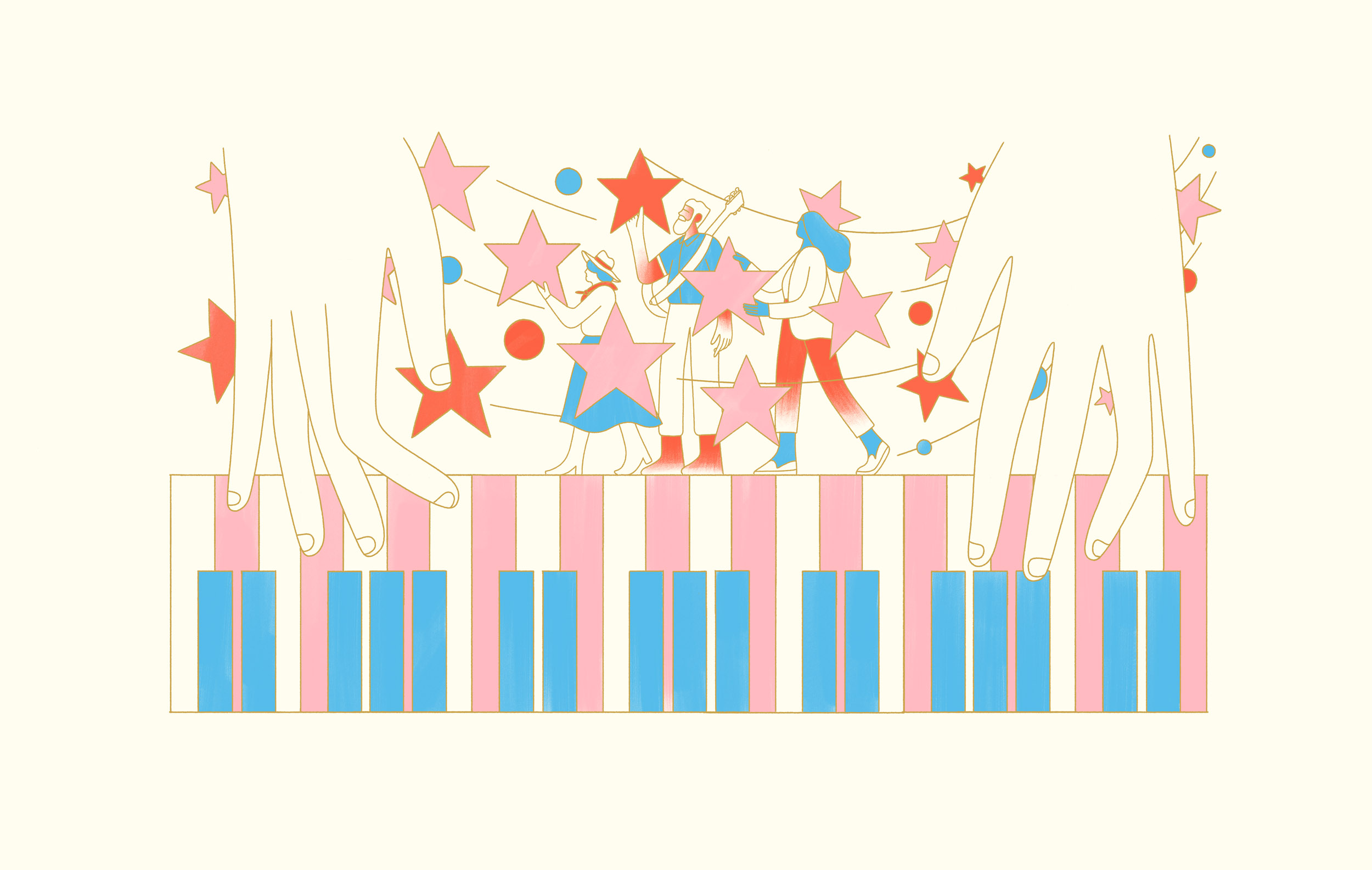 Look closely and you’ll recognise embedded elements of the orchestra’s programming, such as John Williams, Hollywood and the clarinet from Copland’s Clarinet Concerto; other elements reflect more ‘the essence of American music like jazz and blues and people finding their way’, says DeLorenzo. At the centre, we see people walking through a field of stars. He says these represent ‘those coming to America with hopes of making it and pursuing something big but within their reach’.